0 Flevoland Diaspora around the world 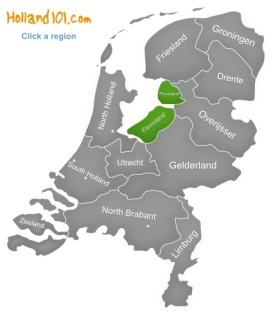 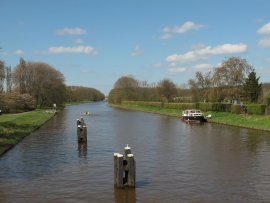 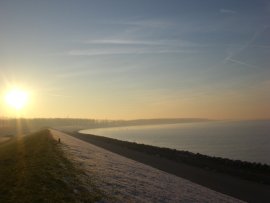 Lelystad_sunset - The dark lord trombonator at en.wikipedia
[CC-BY-SA-3.0 or GFDL], via Wikimedia Commons 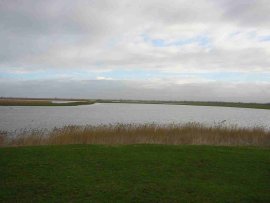 Oostvaardersplassen - GerardM from nl
[GFDL or CC-BY-SA-3.0], via Wikimedia Commons

Scouwburg_Almere - By Bartholomeusll (Own work)
[Public domain], via Wikimedia Commons 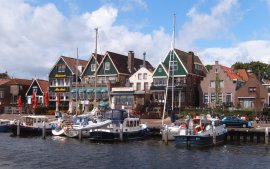 Urk_harbor - By Markus Bernet (Own work)
[CC-BY-SA-2.5], via Wikimedia Commons

Flevoland is quite literally speaking the youngest region of Holland because much of the space in this region has only been created during the 20th century. Before the 20th century, Flevoland mainly consisted of water. The body of water was called the Zuidersee, and it wasn't exactly a very pleasant lake either as it caused its fair share of flooding. In 1918, a plan to partially drain the lake and create new living spaces and fields for crops, was approved and then turned into reality. The two islands that used to be on the lake, Schokland and Urk, are now the oldest parts of the young region, while all the other towns and cities are fairly modern, so you wouldn't go to this region because you're interested in ancient history. Don't get us wrong: there is history to be discovered in Flevoland, but it is a very different kind of history than in other parts of Holland.

The former island Schokland is a UNESO world heritage site (and was the first site on Holland to become a UNESO World Heritage site), and quite popular with visitors. The island is a testament to the struggle of the Dutch people against the waters of the lake Zuidersee. There is a museum that tells you the story of Schokland from its time as a Middle Age village to the struggles against the lake up to the time when the island lost its status as an island in the middle of the 20th century.

Urk is one of the few places in Flevoland that have a long history: a thousand year long history to be more precise. Urk is and has always been a fishing village – even today, you shouldn't forget to try some of the delicious fish dishes if you stay in Urk. Urk is a rather peaceful place with most of the activity happening at the harbour where you can also partake in a variety of water sports during the warmer months of the year.

The Nieuw Land Erfgoedmuseum is a great place to go to if you would like to learn almost everything there is to learn about Holland's youngest region. The museum takes you back in time, shows you how the first people lived in this region, how the water caused problems, and how the problem was solved during the 20th century. The museum introduces the people who lived in the area 6,000 years ago, and also explains why life in the area wasn't very easy.

About half of the population of the Flevoland region lives in and around Almere (a bit less than 200,000 people – but that mark might soon be hit because Flevoland is the fastest growing region in Holland). This turns Almere into the biggest city in the region, and the seventh biggest city of Holland, and makes it your best choice if you would like to explore Flevoland. It also is a very interesting city to visit if you are interested in modern architecture (because modern is all you'll get in Almere).

Walibi Holland is a theme park, and was designed because the region of Flevoland naturally needed something to entertain the people who were moving to live in the new region. The park is also a great experience for international visitors, and many people claim that it might even be the most exciting theme park in Holland!

Lelystad is the capital of the region, and is mainly interesting because of the Bataviawerf, i.e. the Batavia shipyard. This shipyard has a replica of the 17th century ship Bativia, and the Hanzestad Compagnie gives you the chance to look at a fleet of historical sailing ships. Apart from that, the city also has a nature park and plenty of shopping opportunities.