0 Zeeland Diaspora around the world 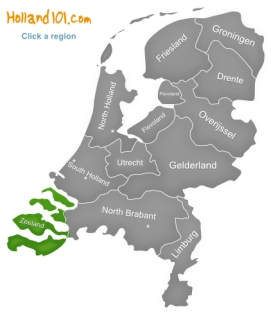 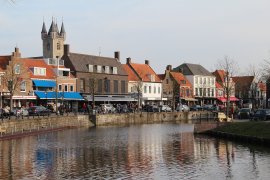 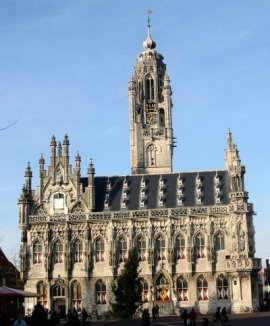 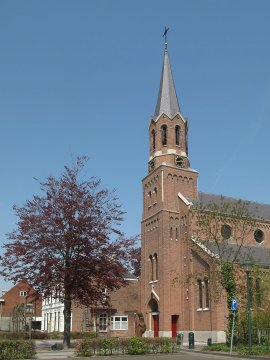 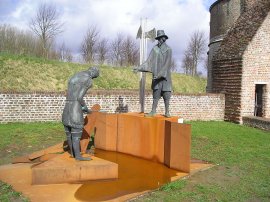 HulstMonument1 - By Vitaly Volkov (Own work)
[CC-BY-2.5], via Wikimedia Commons

If you have to think of New Zealand when you hear the name Zeeland, then you aren't quite wrong. The Dutch region of Zeeland (which can simply be translated as sea land) was the name sake for Nieuw Zeeland, i.e. New Zealand. This Dutch region is quite special because it's basically just islands and a little bit of a stretch of land sharing a border with Belgium. In the past, the region had problems with floods, but thanks to the Delta Works, the problem isn't much of a problem any more. Zeeland is a very popular region for tourists, and in the warmer months of the year, the population usually doubles, and sometimes it even quadruples! If you would like to explore Zeeland without hordes of tourists around, then you should go early or late in the season or even dare to go for a holiday during the less popular months of the year.

In the past, much of the region was under water, over time man-made “hills” that were over water all the time were used to create more liveable areas in the region, and in many places in Zeeland, you can learn about how the water has been “tamed”.

The Delta Works are very important to Zeeland, as they are the reason why the flooding has been under control. The Delta Works are one of the seven wonders of the modern world (which have been chosen by the American Society of Civil Engineers), and consists of storm surge barriers, dikes, dams, sluices, and locks. Really fatal floods should now only occur every four thousand or so years, so the Zeeland area has become a lot safer since the construction of the Delta Works (which took place from 1950 to 1997). You can actually drive over the Delta Works in a car, and in some places it is also possible to the see inside of the dams.

The capital of Zeeland is Middelburg, and it is quite a charming town. The canal is surrounding most of the centre of the town, and people can enjoy a walk along the nice square. The former city hall of Middelburg is one of the most impressive, historical buildings in town. The town was founded in either the 8th or 9th century, historians aren't 100% sure about the exact date. What is known that the town has gained city rights in the year 1217, and was an important trading centre between England and Flanders for a long time (because of its location). Not much of the old city centre is still there because about a third of it had been bombed during the second world war.

Flushing is the second biggest town in Zeeland, and is connected to Middelburg via a canal. The town has an industrial character and it mainly defined as a port town. The canal that connects Flushing with Middelburg continues on to the Veerse Meer, an inland lake. One thing Flushing is known for is the boulevard which is 2.6 kilometres long, and a great destination for visitors. One interesting place to go to is the maritime museum as Flushing has been an important port town for centuries and thus has a lot of information to offer about maritime history. The museum itself is in buildings that come from various centuries. It is an interesting combination of old and new.

Goes is a very central town in Zeeland, and has a few very interesting and different attractions. You can go on a steam train ride, visit a tropical zoo with plenty of butterflies, visit a traditional sweet shop that still sells candy like they used to sell them in the 1930s, visit a few museums, and watch one of Europe's busiest rivers, the Westerschelde.

Veere is probably one of the most beautiful towns you can visit in Zeeland. It sits at the edge of an inland lagoon at the inland lake Verse Meer. There is an old church in the centre, and many of the buildings in the village are also quite old. The area around Veere is very popular with people who like cycling holidays, and it is also very popular for boating. There are many little, lovely villages that can easily be visited during a day trip. Veere also has a typical Dutch windmill.